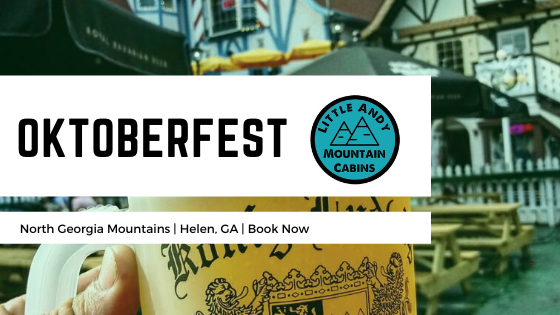 Helen's Oktoberfest has been going on for over 50 years and is the longest Oktoberfest event in the United States! With multiple beer gardens set up around the town, the main festivities take place at the festhalle located right on the riverbend. Oktoberfest kicks off with a parade and tapping of the keg mid September and ends the first weekend of November. During November, Oktoberfest runs Thursday-Sunday & daily in October & November. 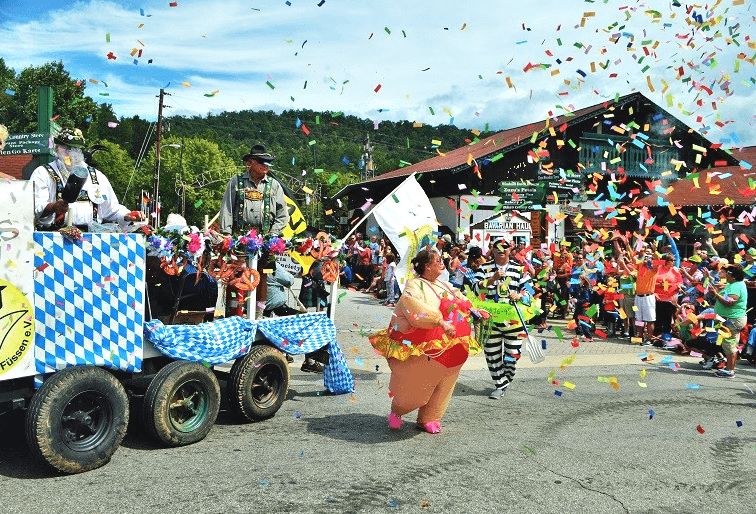 Enjoying Oktoberfest is something that is quite easy to do. With traditional German music playing, hit the dance floor & sing along to the polka music. Indulge in some amazing German food at the festhalle or one of the German restaurants around the town. Bodensee, Hofbrauhaus, The Heidelberg & Muller's Fried Cheese have German Classics such as schnitzel, spaetzle, bratwurst & goulash. Don't miss an opportunity to try a pretzel from Hofer's Bakery or Hofbrahaus (they are flown in the Munich)!!

Oktoberfest is kid friendly! The festhalle even has it's own dance floor for the kiddos! As with many events, weekdays tend to be more low key where as weekends tend to get busines, more crowded and more beverages served. Admission to the fest hall is $8 Mon-Thurs, $10 on Sat & FREE on Sunday! So come see the alphorns blow, cowbells rung, & accordions squeezed, grab your Lederhosen & Dirndls and plan a trip to Helen during Oktoberfest to sing Ein Prost on the dance floor & have some really good German Beer (and memories)!

You're logged in to OwnerRez. Manage this site:
Edit Page Edit Site Logout